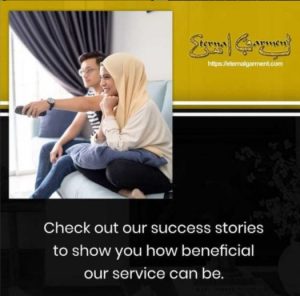 The first thing we should look for when marrying is how committed the person is to Islam. Prophet Muhammad (sallallahu alayhi was sallam) said, “A woman is normally sought as a wife for her wealth, beauty, nobility, or religiousness (adherence to Islam), but choose a religious woman and you will prosper.” (Muslim) And he said,“A woman is married for four things, i.e., her wealth, her family status, her beauty and her religion. You should marry the religious woman (otherwise) you will be a loser. “(Bukhari) And he said, “The whole world is a provision, and the best object of benefit of the world is the pious woman. ” (Muslim)

The same holds true when looking for a husband, as the Messenger of Allah (sallallahu alayhi was sallam) said, “When someone with whose religion and character you are satisfied asks to marry your daughter, comply with his request. If you do not do so, there will be corruption and great evil on earth. ” (Tirmidhi)

Of course, both parties have to agree to marry one another and they cannot be forced to marry one another . The Messenger of Allah (sallallahu alayhi was sallam) said, “A woman whom has been previously married has more right concerning herself than her guardian, and a virgin’s consent must be asked about herself…” (Bukhari and Muslim)Rules of Al-Khutbah (Request to marry a woman and the acceptance of the proposal)

The man has permission to see her face before agreeing to marry as the Messenger of Allah (sallallahu alayhi was sallam) said, “Go and look at her (the woman you are considering marrying) because this will help your time together to be strengthened. ” ( Ahmad )

After a man and woman have agreed to marry, they have to remember that the man is still not her mahram (men prohibited to her, including her father, brothers, sons, maternal and paternal uncles, and nephews). This means they cannot still deal with one another as partners in any way (such as shaking hands, gazing at one another, being alone together, going out together, etc.), or go out with one another as we see people in the west doing. Prophet Muhammad (sallallahu alayhi was sallam) said, “Whoever believes in Allah and the Last Day, let him not have a private audience with a woman without her mahram. ” ( Ahmad )

Visit www.eternalgarment.com to find your perfect spouse in an Islamic way.